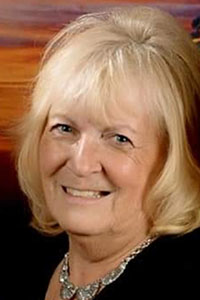 She was born in Bellefontaine on Dec. 7, 1951 to Avonelle ( Blackburn ) Grimes, who survives in Florida and the late Ben Grimes.

She is survived by her daughter, Kelsey Deal and granddaughter Kia Tevis, two sisters, Tamra Spaw and Rita (Scott) Robinson.

Sherry owned and operated Geno’s Pizza in West Mansfield for 27 years until she retired in 2015.

She was an avid bowler and her world revolved around her granddaughter, Kia.

There will be a gathering of friends and family at a later date.