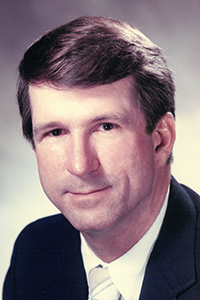 Walter L. Lamb Jr., 75, of Bellefontaine, passed away peacefully from Parkinson’s Disease, in his home surrounded by his loving family on April 3, 2021.

Walter graduated from Ft. Lauderdale High School and attended Miami University of Florida.  He joined the Air Force in 1968, finished number one in his class of over 700 Airmen at the Lackland Air Force Base, Texas.  Walter was hand-picked by the General of Plattsburgh Air Force Base, New York and served as the General’s right-hand personnel.  After his honorable discharge, he joined his brother at Mid-States Container in DeGraff, Ohio and served as director of multiple bank boards.  Walter & Vicki created Briarwood Sportsman’s Club in the early 1970’s where they met many wonderful people, until selling the facility in 2008.

Some of Walter’s greatest enjoyments in life were spending time with his family, whether it was fishing on Lake Erie or the different oceans, water skiing and tubing on Dale Hollow Lake, scuba diving or just having fun in his go-fast boats.  Walter was always drawn to the relaxation of water.  One of Walter’s other enjoyments in life was he loved building small to large acreage lakes.  One of the largest lakes he built was approximately 40 acres.

There will be a private Celebration of Life service planned for a later date.  In lieu of flowers, memorial contributions can be made to the Walter and Marie Lamb Charitable Trust Fund for Local Education Scholarships, c/o The Logan County Education Foundation, 1973 SR 47 West, Bellefontaine, Ohio 43311.

EICHHOLTZ DARING & SANFORD FUNERAL HOME & CREMATION CENTER, BELLEFONTAINE is honored to serve the Lamb family and encourages anyone to share a fond memory or message of condolence at www.edsfh.com.