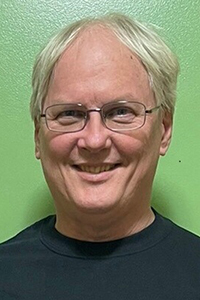 For 20 years, he worked as an auto mechanic. He also was skilled with boat and fire engine mechanics. A graduate of Northwestern High School in Springfield, he was an outdoorsman and liked hunting, fishing and camping. A devout Christian, he especially cherished time with his family.

He was born October 26, 1958 in Springfield, Ohio. He was preceded in death by his father, Robert Wertz. He is survived by his mother, Velma Miley Wertz, of Springfield; his children, Brooks (Jennifer) Wertz of Franklin, Amanda (Shane) Dean of Marysville, and Carrie Black of Plain City; many grandchildren; his siblings, Jeff Wertz, Cheryl Mitchell (and her companion, John McIntosh), Sharon (Tony) Sink and Rob (Ronnie) Wertz; and many other relatives.

The family will receive friends 5 to 7 p.m. Monday, January 24, at Underwood Funeral Home. Condolences may be expressed to the family at www.underwoodfuneralhome.com.