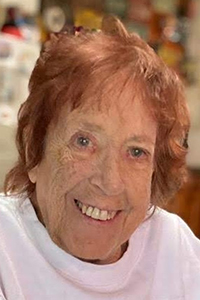 Peggy D. Ackerman, 74 of Bellefontaine passed away Monday, November 28, 2022 at her residence surrounded by her loving family.

Peggy was born February 12, 1948 in Bellefontaine to the late Robert Y. and La Freda M. (Smith) Topping. On December 22, 1973 in Bellefontaine she married David Frederick Ackerman Jr., who survives.

Peggy was part of the graduating class of 1966 at Bellefontaine High School. She went on to work at Jackson News Stand and later retired from Honda Transmission, after 23 years of work in Spec Control. Peggy was a life member of the VFW, Amvets and the only regular life member of the Eagles Men’s. She was also the past Auxiliary President of the American Legion 173. Peggy enjoyed bowling, fishing, camping, boating, gardening, watching the Hallmark channel and playing computer games. She is also an avid reader, animal watcher, Cleveland Browns and THE Ohio State Buckeyes Fan. Peggy had a beautiful smile that would light up the room. One thing that put a big smile on her face was her love of Natural Light, playing cards and karaoke. Above all she loved her family, they were the light of her world. She was a loving wife, mother, grandmother, great grandmother, great great grandmother, sister, aunt and friend. She will be deeply missed by all who had the privilege of knowing her.

She is preceded in death by a son, Lynn Aubrey; her parents; sister, Helen Stover.

Visitation will be Saturday, December 3, from 1 p.m. to 4 p.m. at Jennings Farley & Seeley Funeral Home & Crematory. A private family service will take place at a later date.

The family would like to give a special thank you to Melissa with the Logan County Cancer Society for all of her wonderful and attentive care.