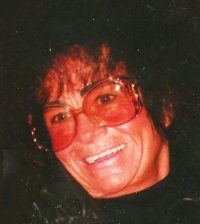 Judith was born on August 7, 1934, in East Liberty, OH, a daughter of John Hamilton and Ruth Phillips Blackburn. Judy was preceded in death by a daughter, Tammi Hines, and a grandson, Brandon Meier.

As a child, Judy was a cheerleader at East Liberty School, where she graduated in 1952. In her early years, she worked at the local diner in East Liberty and then worked at DAB in Bellefontaine.

Judy was a devoted mother who would do anything for her children, she loved all holidays with her children, grandchildren, and great grandchildren. She enjoyed entertaining, playing Texas Hold’em with family and friend, and wintering in Florida. Judy was a classy lady, who never left the house without every hair in place, makeup on, and dressed to the “T” with her matching purse from her collection.

Reverend Karen Blackburn will begin funeral services at 1 p.m. Saturday, December 3, at Shoffstall Funeral Home, 205 S. Main St, Lakeview with visitation from 12 to 1 p.m. Burial will be in Huntsville Cemetery.

Memorial contributions may be given in Judy’s memory to Alzheimer’s Association at alz.org, or Indian Lake Community Church.

Arrangements are in the care of Shoffstall Funeral Home, Lakeview, OH. Condolences may be expressed at shoffstallfuneralhome.com.