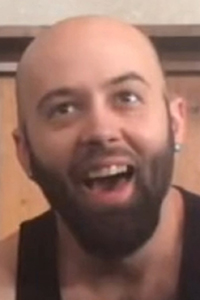 Christopher was born in Akron Ohio, on May 19th, 1988, to the late Clifford and Sylvia (Slone) Adkins.

He was also preceded in death by his brother: Perry Roger Adkins; and his niece: Rachael Nichole Adkins.

Christopher was loved by many and will be greatly missed. You will always be in our hearts.

A memorial service will be held at a later date.

EICHHOLTZ DARING & SANFORD FUNERAL HOME & CREMATION CENTER, BELLEFONTAINE is honored to serve the Adkins family and encourages anyone to share a fond memory or message of condolence at www.edsfh.com.