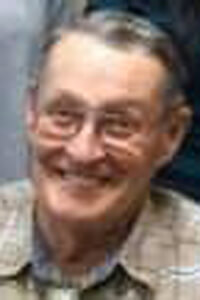 Bobby B. Gantz, 83, of West Liberty, passed away peacefully at 6:30 a.m. on Monday, Nov. 11, 2019 at home surrounded by his family. He was born in West Liberty, March 10, 1936, to the late Albert James and Cleo Belle (Headings) Gantz. He was also preceded in death by his two brothers, James Edwin Gantz and William L. Gantz.

A dairy farmer, Bobby graduated from Bellefontaine High School in 1954. He was a member of the United Church of Christ in West Liberty and enjoyed making maple syrup.

Memorial contributions may be made, in Bobby’s memory, to the United Church of Christ, 212 Newell Street, West Liberty, Ohio 43357 or to Universal Home Health & Hospice, 921 Rush Avenue, Bellefontaine, Ohio 43311.

Funeral arrangements are in the care of the Eichholtz Daring & Sanford Funeral Home in West Liberty and online condolences may be expressed to the family at www.edsfh.com.