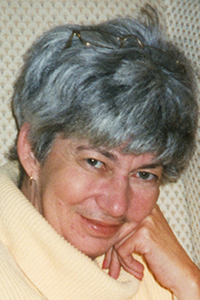 Anita graduated with a Bachelor of Fine Arts degree in 1972 from The Ohio State University. She worked for Iowa State University in the publications department, where she was instrumental in the design of the new Iowa State University Cyclones official logo in 1983. She later worked as Director of the Publications and Creative Services Department at Clemson University which included responsibilities as editor of the Clemson World Magazine. During her time at Clemson, she worked with the Carolina Panthers in promotions and marketing for their new pro football franchise. Anita enjoyed drawing, knitting, and watching Ohio State football.

EICHHOLTZ DARING & SANFORD FUNERAL HOME, WEST LIBERTY is honored to serve the Albert family and encourages anyone to share a fond memory or message of condolence at www.edsfh.com.