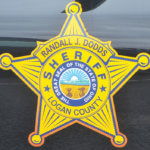 A motorist and her two passengers were transported by Quincy EMS and Indian Lake EMS to area hospitals for treatment of suspected minor injuries following a two-vehicle crash during wintry conditions Monday afternoon.

Johnny L. Nye, 34, of Huber Heights, reportedly was operating a westbound 2006 Hyndai Tiburon on State Route 47 near County Road 21 about 2:55 p.m. when he lost control and slid left of center on the icy road. His vehicle was struck by an eastbound 2012 Honda Pilot operated by Marshall.

Nye did not report any injuries, and possible injuries were reported for his 3-year-old passenger. Nye was cited for a marked lanes violation.

Damage was heavy to both vehicles, which were towed from the scene.

• Sonny W. Oakley, 22, of Bellefontaine, was cited for failure to control related to a Monday evening crash that occurred on the railroad crossing on County Road 31.

Deputies report he was operating a northbound 2007 Chevrolet Cruze about 10:30 p.m. on in the 1100 block of C.R. 31 when he attempted to slow for the railroad crossing. He then lost control in the icy conditions and went off the east side of the road, striking the railroad crossing arm base.

His vehicle spun and came to a rest between the railroad tracks. Damage was heavy to the car, which was towed from the scene. The driver was wearing his seat belt.

Tariq F. Sopher, 20, of 732 Harding St., Bellefontaine, was charged with public intoxication and obstructing official business relating to an incident Saturday in Lakeview.

At that residence, deputies located Sopher nearby a small storage shed had been knocked over. While speaking with the defendant, he showed signs of impairment. He was placed under arrest and transported to the Logan County Jail.

Wallace, Jennings to lead Ridgemont board