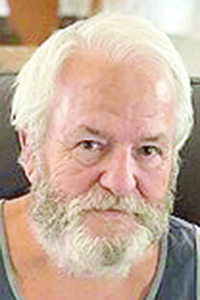 He graduated from Bellefontaine High School in 1963 and went on to college at BGSU in Ohio for education and received his Masters from Wright State University. Jim was a principal at Bellefontaine Schools and Riverside Schools for a total of 32 years combined. He then moved up to Superintendent for the last half year he was with Riverside. At that time, he helped pass a levy and helped with the plans to build the new school. Jim enjoyed his time as principal getting to make a difference in many children’s lives. He especially enjoyed the fun challenges his loving staff set for him. Jim had a great rapport with teachers and children alike.

Jim always enjoyed being outdoors with his boys and after they were grown, he shared that same enjoyment with his 4 grandchildren. They had a small farm and the children loved joining in the tasks that he always tried to make fun. They had a large garden that supplied food for them and family.

Jim really enjoyed motorcycles and cars. He spent many of his younger years riding his Jawa motorcycle. Jim loved nature, mushroom hunting and riding his four-wheeler through the woods. He loved watching storms. Adventure was one thing that made him who he was. Jim was always up for camping with his family.

Over the years Jim and his wife spent time traveling across the USA, Ireland, and England. They adventured on many cruises and went diving in the Caribbean.

After retirement Jim and Jackie decided to move to Florida. They have lived in Arcadia the last 12 years. While living in Florida, Jim loved to be outside in the warmth soaking up the sunshine.

The most important thing in Jim’s life was family. He enjoyed his wife, children, and grandchildren to the fullest. He loved his church family. Jim belonged to Calvary Baptist Church; he was faithful to the Lord in many ways.

He is preceded in death by his parents, his sister Charlene Haupt and brother-in-law Jack Boggs.

Jim was a person who saw the best in everyone and always looked on the bright side. His practical wisdom was sought after by family and friends.

A celebration of life service is planned for 11 a.m. Saturday, Oct. 23, at the Quincy United Methodist Church in Quincy. A fellowship will follow at the VFW in Quincy.