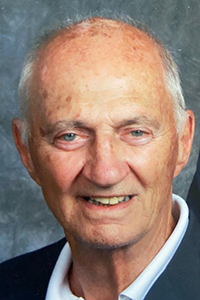 Bill was a 1946 graduate of Bellefontaine High School. He earned his bachelor’s degree at Denison University in 1950. After serving in the United States Navy during the Korean War, he earned his law degree in 1957 from The Ohio State University Law School. Bill was a partner at Shirk & Schrader Attorney-at-Law in Lakeview. He served as Bellefontaine Municipal Court Judge from 1964 – 1975.

Due to state Covid-19 pandemic guidelines, attendees are asked to be symptom free, maintain social distancing and wear a facial covering.

Memorial contribution may be given in his name to Indian Lake Community Church or Our Daily Bread of Indian Lake.