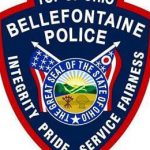 William Dolan, 26, of Bellefontaine, was charged Sunday, Jan. 22, with having a dog at large after his pit bull reportedly attacked and killed a neighbor’s cat.

Officers responded around 4:30 p.m. to the 300 block of Seymour Street following a report from Katey Reed that her cat had been seriously injured by the the suspect’s dog.

Dolan acknowledged the canine attacked his neighbor’s cat was offered to pay for the medical expenses.

Officers report the cat died while they were on scene before Reed could leave to seek veterinary treatment for the feline.

It was Dolan’s third charge for dogs at-large. He was issued a summons. Copies of the report were forwarded to the Logan County dog warden and health department for review.

A driver and passenger each were arrested on alcohol-related charges following a traffic stop that occurred around 12:30 a.m., Saturday, Jan. 21, in the area of Lawrence Street just south of Jay Avenue.

Police report the driver, later identified as Tiffany McMann, 39, of Lakeview, committed multiple marked lanes violations while traveling along west Sandusky Avenue, including nearly striking another motorist while attempting a northbound turn onto Garfield Avenue. Officers continued to follow the suspect’s vehicle and observed several other marked lanes violations prior to initiating the traffic stop.

Upon making contact with the driver, McMann, and a passenger, Jennifer Vombauer, 37, of Bellefontaine, officers observed physical signs of intoxication, including red, glassy and bloodshot eyes and slurred speech.

The driver and passenger were each reportedly incoherent as they tried to detail where they’d been, and where they were doing.

Officers attempted a series of field sobriety tests on McMann, which were unsuccessful. Vombauer was going to be allowed to leave in the custody of a sober person, but could not identify anyone to come get her.

As officers detained McMann, the passenger became increasingly argumentative and confrontational with officers.

Ultimately, both suspects were lodged in the Logan County Jail. McMann was charged with a felony count of operating a motor vehicle under the influence of alcohol and/or drugs. The OVI charge is McMann’s fourth in the last 10 years, officers report. Vambauer was charged with public intoxication and resisting arrest.

Officers on patrol observed a tan Chevrolet SUV cross the center line while proceeding eastbound along the 100 block of west Columbus Avenue.
A check of the vehicle’s registration showed a failure to reinstate, and officers initiated the traffic stop.

Upon making contact with the suspects, officers noted odors of marijuana and of alcoholic beverage coming from the vehicle. The driver was unable to provide a valid proof of insurance, however, while looking through the SUV for it, officers observed a glass marijuana pipe in plain view.

McMillen was uncooperative with police and refused to attempt field sobriety tests.
When officers returned to the vehicle to search it, the previously observed glass pipe was missing.

It was later located in the rear of the vehicle along with multiple open containers of alcohol.

Shoffner reportedly verbally threatened one of the officers. This OVI arrest was McMillen’s fifth since 2000.

Both suspects were lodged in the Logan County Jail.