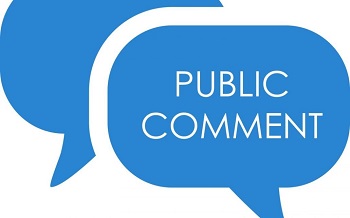 The public is invited to attend and provide their comments regarding proposed wind and solar development in Logan County at an upcoming meeting slated for 6 p.m. Tuesday, Aug. 9, at Benjamin Logan High School.

“In light of Senate Bill 52, the Board is now considering a resolution that would designate parts of 16 of the 17 townships (not including Miami Township) as restricted areas, to prohibit the construction of any economically significant wind farms, large wind farms or large solar facilities throughout the unincorporated areas of Logan County,” Antram said.

“These 16 Boards of Township Trustees previously requested this restriction.”

While opposing viewpoints are likely to be expressed during the public meeting, Antram related that respect and civility will be encouraged at the session. Each person who wants to share comments will be asked to complete a form with their name, address and phone number provided.

After each name is called, individuals may share their comments, limited to three minutes. Audiovisual aids will not be permitted.

Previously during April, the Logan County Commissioners took action in a split 2-1 vote to pass a resolution affirming previous requests by seven townships in the county — Perry, Rushcreek, Bokescreek, Jefferson, Monroe, Washington and Stokes — to designate those areas as restricted from the development of large-scale wind and solar facilities, as previously detailed in the Examiner.

Commissioners Paul Benedetti and Antram voted in favor of the April resolution to a packed chamber at the commissioner’s office, with many individuals from the “No Solar in Logan County” group in attendance.

Commissioner Mark Robinson cast the dissenting vote against the resolution, stating that he is in favor of individual property rights, but relating that individuals “have to deal with the consequences of what occurs on their property.”

While the townships’ opposition to this type of development has sprung up recently with the proposed Fountain Point Solar Energy Center, this type of resolution cannot halt this particular project, which is proposed for 3,860 acres in Bokescreek, Perry and Rushcreek townships.

Invenergy made application for Fountain Point to the PJM Regional Transmission Organization prior to Oct. 11, the effective date of the new Senate Bill 52 passed by Ohio legislators last year. That bill now provides more local control over this type of large-scale wind and solar projects.

Despite the uphill battle, the No Solar in Logan County group has organized widespread efforts in recent months in attempt to stop the Fountain Point project and any other future developments.

Representatives set up booths at the Logan County Fair and at local Independence Day festivities to speak with area residents and provide information. They also are working to form an LLC and to raise funds to hire a lawyer to represent the group during the judicial period for Fountain Point, member Paul Schaller noted.

The group is currently conducting a letter-writing campaign to the Ohio Power Siting Board, which is charged with permitting all projects over 50 megawatts. Just last week, Schaller hand-delivered 728 letters in opposition to Fountain Point to the OPSB.

The group’s website, nosolarinlc.com, has letter templates that provide for a variety of reasons, from habitat degradation, water maintenance and drainage, watershed impacts and etc., that individuals might be opposed to the project.

Schaller said he hopes that area residents also will attend the Tuesday meeting to express their viewpoints regarding potential future projects as well.

Fountain Point is undergoing the permitting phase, where the OPSB will review the application and then will begin its investigation. Following the investigation, the next steps the OPSB’s public hearing, which will include two parts: written or oral testimony and an adjudicatory hearing.

The OPSB accepts written comments on the project from interested persons at any time, as well as written or oral testimony from any person at the public hearing.

All correspondence and petitions to intervene for this project must include reference to Case No. 21-1231-EL-BGN.