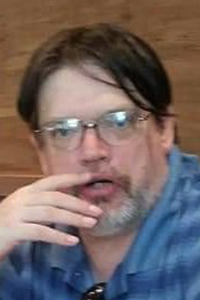 Brian was born in Bellefontaine, a son of the late John Pete Williams and Diana Lynn Davis Williams Wreede. He is also preceded in death by his sister, Lauralee Williams and nephew, Devon Williams.

Brian was a 1984 graduate of Indian Lake High School. He was a veteran of the United States Army and retired from the United States Postal Service. Brian enjoyed going to Rock concerts, bowling, computer gaming and watching movies.

Memorials may be given in Brian’s name to ASPCA or St. Vincent Medical Center Home away from Home.