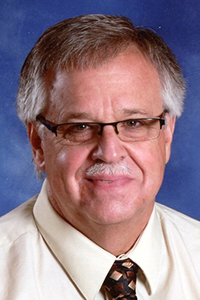 Gregory R. Foughty, “Greg” 66 of Troy, lost his courageous battle with cancer at home surrounded by loved ones on September 28, 2022.

He was born November 23, 1955 in Bellefontaine, Ohio, the youngest son of Harry and Helen (Spence) Foughty.  He grew up in West Liberty, Ohio with his parents and brother Robert “Bob” and graduated from West Liberty-Salem High School in 1974.

Since graduation he wore many hats over the years, working at various places, doing various jobs. For a time he delivered salt and loved to tell stories about his salt route escapades. He was also a truck driver, one job was delivering grain.  He went to auctioneer school and worked at an auction house in Springfield.

When KTH came to St. Paris he decided to “settle” down a bit and worked there as the Logistics manager. He has told many tales about his 20 years there and all travels he has done and the many wonderful people he met. Greg never knew a stranger.  He was a fun loving, hard working guy so when he retired at KTH he then went to work at Gover Harley-Davidson in Piqua, Ohio.  There he became reunited with many old friends as well as making many new friends.

He also did many charity auctions using his special skills of humor to always try to raise the bid, including the Adriel School benefit quilt auction, Miami-Shawnee H.O.G. chapter annual charity auction and the Nicholas School annual charity auction event fundraiser.  Along life’s journey he met the love of his life and best friend, Sherrie. In October 2017 they were married and Greg finally got the family that filled the gaps in his life that he was missing.

Greg also has many special family and friends in his too short life that will greatly miss him and treasure his memories, especially his “brother from another mother,” Bobby McGhee.

Greg was a proud member of the Patriot Guard. Past member of West Liberty-Salem fire department, Lions Club, and Miami-Shawnee H.O.G. Chapter.  Although he had many hobbies his greatest passion was spending time with his loved ones and doting on the love of his life and BFF – Sherrie.  He also enjoyed riding his motorcycle and most sports and was very active with softball and golf until “he got too old.”  You could often catch Greg cheering on the Dayton Dragons where he held season tickets.   He was a member of Trinity Church of the Brethren in Sidney.

Greg’s favorite color was all shades of green usually the brighter the better.  We will be honoring him by wearing a little green, join us if you wish.