The Irvington Historical Society, the City of Indianapolis Parks Department and the Irvington Garden Club collaborated on a project to install the Abe Martin character, the creation of cartoonist and Bellefontaine native Frank McKinney “Kin” Hubbard, at Hubbard Park in Indianapolis. Abe Martin first appeared in print Dec. 17, 1904, in the Indianapolis News, and the title character was installed Tuesday, Dec. 17, at the Indianapolis park on the 115th anniversary of that date. Abe was considered a “cracker-barrel philosopher” and his sayings continue to appear daily on Page 2 in the Bellefontaine Examiner. 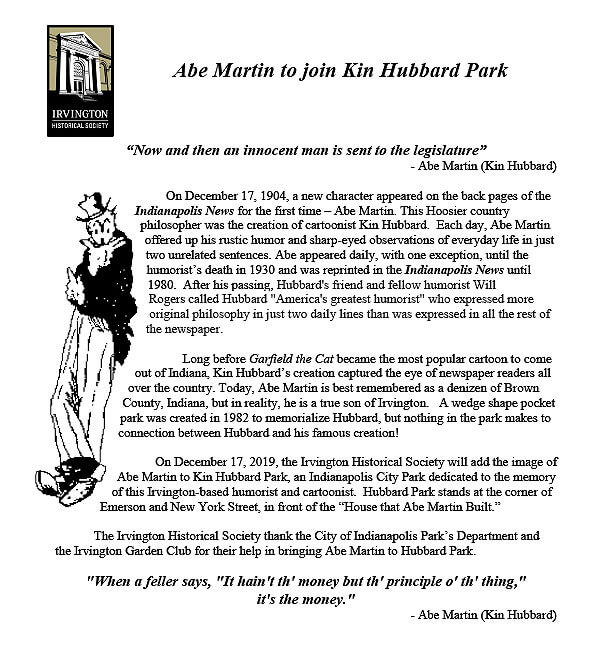