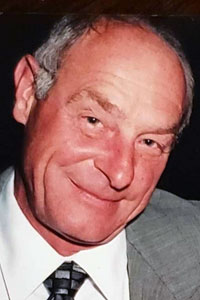 William Lee Arnold, 71, passed away Dec. 2, 2019, in his home surrounded by his loving family. Bill will always be remembered for making his loved ones a priority. He was a loving and devoted husband, father, grandfather, brother, son, cousin and friend.

Bill was born Sept. 21, 1948, to William and Hazel (Stevens) Arnold in Bellefontaine.

Bill graduated from Bellefontaine High School in 1967. He worked for his uncle Clark at LeVan’s Tire Center while attending school. Shortly after graduation, he was drafted into the United States Army. In October 1967, Bill married Judy Lockwood. From this marriage, he was blessed with two daughters who were the pride and joy of his life, Cynthia (Thomas) Mockabee of Miamisburg; and Kathryn (James) Bair of Columbus. In 2000, he married Vicky Harshfield Sieg and was blessed again with Vicky’s children,  Nicholas (Becky) Sieg of Charleston, South Carolina, and Ashton (Aaron) Gensheimer of Kennesaw, Georgia.

He is also survived by two sisters, Pam Taylor of Shelby, Paula (Steve) Shobe of Branch, Michigan, and a cousin who was like a brother, Greg LeVan. Several cousins, nieces and nephews complete his family.

In the early 1980’s, Bill began a career in the surgical instrument field working at Mobile Instrument Repair with Dwight Reed. In 2006, Bill founded his own company; American Surgical Instrument Repair, which his family continues to be involved in.

Bill was a proud Vietnam veteran. During his time in the Army, he received a Bronze star with a V device and three purple hearts. The American Legion Honorable Service Award was bestowed to him in 2013, which was the first in Logan County. In 2017, he was honored to attend the White House and witness his medic (James McCloughan) be President Trump’s first recipient of the Congressional Medal of Honor.

He has said that his experience at the White House repaid him for his terrible experience in Vietnam.

Bill was always ready to sit down with family and friends to share a cold beer, good conversation and of course, a joke.