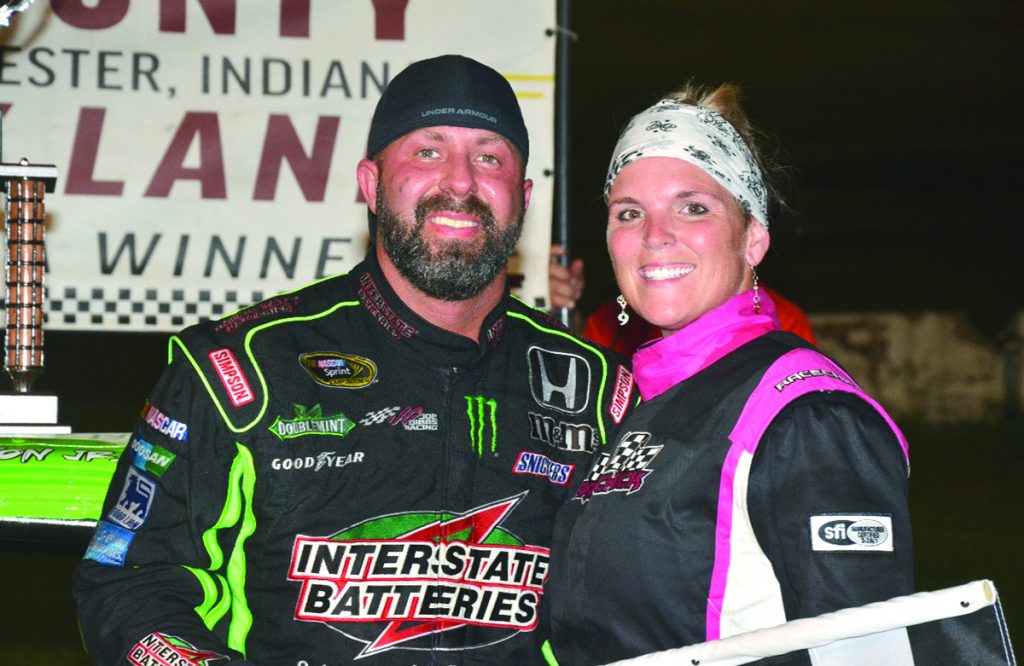 By THE EXAMINER STAFF
The Vores Compact Touring Series made its second and final stop of the 2021 season Saturday at Shady Bowl Speedway. It marked the fourth running of the B.J.’s Body Shop Bowl Classic 40 and saw a local driver, West Liberty’s Gary Eaton Jr. come out on top.
A full field of 29 cars started the Bowl Classic 40 event. Fast qualifier Jake Albright took over on lap 30, but Gary Eaton Jr. jumped in front two laps later and held on the rest of the way for the checkered flag.
Albright held on for second, followed by Terry Eaton Jr., Trent Gossar and Chris Jennings to round out the top five. Corey Plunkett was the dash winner and Damien Weigel won the last chance race.
The Thunder Cars were up next to showcase the second Thunder and Lightning 75 feature of the season. Scott Drake was never challenged as he coasted to his second victory of the season. Robert Rush came in second, Brandon Helton was third, Bob Coppock was fourth and Corey Wooten took fifth. Buck Purtee was fast qualifier.
Nicholas Meade held off Ethan Pope to win the 25-lap compact feature. Corey Plunkett finished in third, Larry Adams was fourth and Josh Sage finished fifth. Adams was the fast qualifier. Last chance checkers went to Damien Weigel and Andrea Swink. Plunkett carried the dash checker.
The Crown Vics feature saw fast qualifier Jimmy McElfresh come away with the win, which was his fourth of the season. Chris Prater was second, Sam Marquis was third, Ken Rosebrook was fourth and Nate Wilcoxon was fifth. Tyler Brandyberry carried the checker for the dash as did Alex Zerkle for the heat.
Racing returns to Shady Bowl on Saturday for the annual Neal Sceva Memorial street stock feature. The feature will be a 51- lap affair honoring the memory of one of the most successful and winning drivers in Shady Bowl history. The late models, the NCTS compacts and the compacts plus last weeks rained out powder puff race are also on the racing card. Action is set to start at 7 p.m.