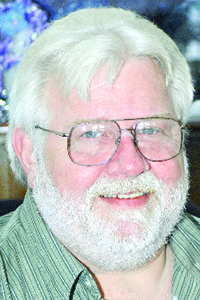 CONCORD, N.H.— Steven Michael Dunham, 63, passed away on September 10, 2021, following a short illness. He was born, December 6, 1957, in West Liberty, Ohio, to Geneva (Foster) Dunham and Thomas Milton Dunham. He is predeceased by his parents and a brother, Kenneth M. Dunham, of Ohio.

Steven worked as a Mechanical Engineer in Ohio, Connecticut, New Hampshire, and Massachusetts before launching his own business, Dunham Engineering Service, in 1993. In 2013, Steven accepted a Director of Engineering position at MNR (MultiNational Resources), in Exeter, N.H. where he worked until 2015. In 2016, Steven embarked on a new career as a long-haul truck driver and drove for Bellavance Trucking in Barre, Vt.

Steven served as a Volunteer Firefighter and EMT with the Weare, N.H. Fire Department between 1994 and 2006.

Generous by nature, Steven donated blood to the Red Cross throughout his lifetime in his mother’s name and memory, donated holiday meals to soup kitchens, and supported various local Santa-Funds and Christmas Toy Drives.

Services for the immediate family. In lieu of flowers, Steven’s family has asked to have any donations sent to: NH Homeless Veterans non-profit; Liberty House, Inc., 221 Orange Street, Manchester, NH, 03104 or libertyhousenh.org, a division of Catholic Charities.