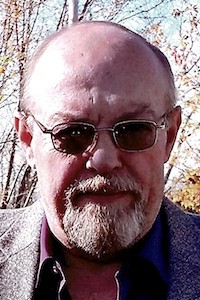 Stephen was preceded in death by his brother, Johnny and a sister-in-law, Linda.

Stephen was a 1967 graduate of Old Fort High School he then enlisted into the United States Navy on April 22, 1969, and became an Aviation Ordenancemen loading munitions onto aircrafts. As a skilled millwright, Stephen was able to travel the world and then became employed at Navistar International in Springfield for 26 years until his retirement in July of 2019.

He was a member of the Masonic Lodge in Republic, the NRA and the UAW. Stephen was an avid outdoorsman who loved to fish for walleye and perch, hunt and camp. He loved his dogs and pig named “Rosie”. Stephen enjoyed sharing his wisdom and experiences with his family and friends and he will be greatly missed by all.

There will be a memorial service held for Stephen at 11 a.m. Saturday, Aug. 1, 2020, at the Lindsey-Shook Funeral Home in Bloomville. There will be no visitation or burial at this time.