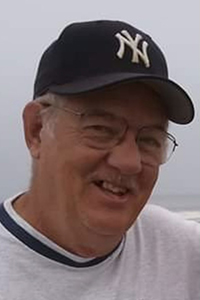 Ron was born in West Mansfield, on August 31, 1939, to the late Carol Otis and Gertrude Ellen (Garwood) Brown. He was also preceded in death by a niece.

Ron worked as a forklift operator for Super Foods for 43 years, before retiring in 2001. He also coached Little League baseball in Bellefontaine for many years. He enjoyed playing golf and was an avid trap shooter. Ron was a long-time NRA member and was a New York Yankees fan since 1947.

Ron was loved by his family and will be dearly missed by all.

A private celebration of life for Ron will be conducted at a later date.

Eichholtz Daring & Sanford Funeral Home & Cremation Center, Bellefontaine, is honored to serve the Brown family and encourages anyone to share a fond memory or message of condolence at www.edsfh.com.