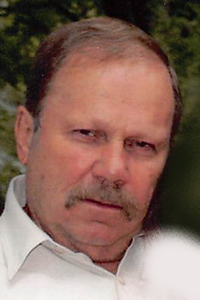 Grif was born in Cleveland, Ohio, on January 12, 1946, to the late William James and Clarice Elnora (Wehagen) Griffith.  He was also preceded in death by siblings William Griffith, Joan Wagner, and Richard Griffith.

A veteran of the U.S. Air Force, Grif served eight years during the Vietnam War.  He worked at DAB before going to Honda where he retired from in 2013.  Grif was the West Liberty Zoning Officer for 25-plus years.  He coached Little League and Pony League baseball for many years.  He was a member of the West Liberty Presbyterian Church, where he was active as an elder and clerk, as well as being very active in the Epiphany ministry.  Grif loved to sing and was a member of the Joyful Noise Quartet.  He loved the Cleveland Browns, Cleveland Indians, and the Ohio State Buckeyes – Grif could listen to one game on the radio, watch another one on TV and know the details of both.  He had a special spot at the Liar’s Table at Liberty Gathering Place in West Liberty, and was well-known for his spot standing along the fence at West Liberty football games.

Friends may call on Friday, January 15, 2021, from 4-7pm at the Presbyterian Church, 215 W. Columbus St. West Liberty.  Officiating pastors will be Pastor Keith Landis and Pastor Bob Brown.  A graveside service will be held on Saturday, January 16, 2021, at 11:30am at Fairview Cemetery, West Liberty, with military honors provided by members of the Logan County Honor Guard.  Due to current pandemic orders, please be symptom free, practice social distancing, and wear a mask.

EICHHOLTZ DARING & SANFORD FUNERAL HOME, West Liberty, is honored to serve the Griffith family and encourages anyone to share a fond memory or message of condolence at www.edsfh.com