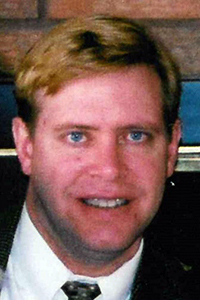 Richard was born November 24, 1963 in Bellefontaine to Carol W. and Charolet (Miller) Losey, who survive.

Rich graduated from Benjamin Logan in 1982, valedictorian of his class. He excelled in sports and in high school won athlete of the year and got first team all-conference in football on offense and defense. He also lettered in basketball and set some school records in track where he was awarded MVP that year. Rich also played the trumpet in the high school band. He graduated in 1986 from Ohio Northern University in Mechanical Engineering. Rich worked for Columbia Gas for 35 years. He enjoyed golfing, loved his children dearly, and kept in close contact with family. Rich was a loving son, father, brother, uncle and friend. He will be deeply missed.

He is preceded in death by many other loving family members.

A Private Family Service will be held by pastor Jeff Willets. Burial will take place in North Greenfield Cemetery.

Online Condolences may be expressed at www.jenningsfarley.com