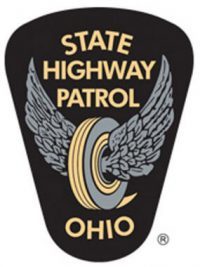 Sheridan Barth, 72, of Upper Sandusky, was flown by MedFlight helicopter to Miami Valley Hospital in Dayton for treatment of injuries sustained in a crash Sunday afternoon.

Troopers of the Marysville Post of the Ohio State Highway Patrol report Barth was a passenger in a vehicle operated by Paula Walters, 69, of Marion, who was transported by Perry Township EMS to Mary Rutan Hospital. Both Walters and Barth sustained non-lifethreatening injuries in the crash, troopers said.

Walters reportedly was operating a northbound Jeep on State Route 292 and stopped at the stop sign at County Road 153 about 2:15 p.m.

Troopers said Walters reportedly failed to yield from the stop sign and was struck by a 2013 GMC pickup operated by Rodney Scott, 22 of Alger, who was traveling east bound on C.R. 153.

Scott did not report any injuries.

Troopers continue to investigate the crash, and were also assisted at the scene by the Perry Township Fire and EMS, Tri-Valley EMS, Dad’s Towing and Ace’s High Towing.

Alcohol is not suspected to be a factor in the crash, and the occupants of both vehicles were found to be wearing their seat belts, troopers said.

The patrol reminds motorists to take their time and check both directions prior to proceeding from stop signs.