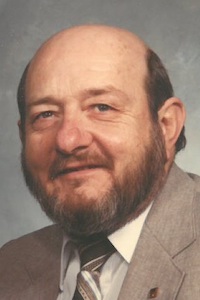 Nolan married the former Nina Fry on Aug. 1, 1953, in Liberty, Ind., and she survives in Huntsville. He is also survived by son and daughter-in-law Nolan and Dawn Church, Jr. of Capital Heights, Md., and many cousins, nieces and nephews.

A veteran of the U.S. Air Force during the Korean War, Nolan met his future wife while stationed at the 664th AC&W in Bellefontaine.  He worked as an engineer at Bendix before he retired. Nolan and Nina traveled the country for many years until returning and settling in Huntsville where Nina’s family lives. Nolan was a lifelong musician and had played in Johnny Green’s band back in the day. Spending time in Florida and the mountains of North Carolina, Nolan knew many musically-inclined friends. While living in North Carolina, he was a very active member of the Mabel Methodist Church.

A memorial service celebrating Nolan’s life will be conducted at a later date at the Mabel Methodist Church, Zionville, North Carolina.

Eichholtz Daring & Sanford Funeral Home & Cremation Center, Bellefontaine, is honored to serve the Church family and encourages anyone to share a fond memory or message of condolence at www.edsfh.com.