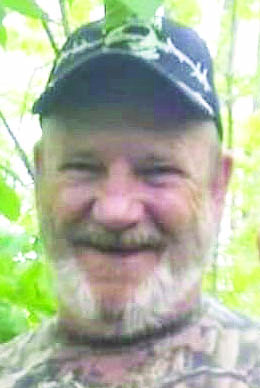 Louis G. “Jerry” Stowers aka “Woodchuck Lou”, 57, of DeGraff, OH passed away with his family by his side on Wednesday, January 12, 2022, at Kobacker Hospice House, Columbus, OH.

Jerry was born on February 7, 1964, in Coshocton, OH, a son of the late Louis G. Stowers, Sr. and Florence L. Hardesty Horn. He was preceded in death by two brothers, Douglas Stowers, and Fred Stowers, and his stepfather, Tom Horn.

Jerry attended Indian Lake High School. He owned Stowers Tree Service. He enjoyed camping at Oakdale Campgrounds, being outdoors, hunting, and fishing, and going to the racetrack, racing his car under his father’s old number “441”.

Russell Andrews will begin funeral services at 4 p.m. Sunday, January 16, at Shoffstall Funeral Home, 205 S. Main St, Lakeview, with visitation from 1 to 4 p.m. It is recommended that attendees be symptom free and wear a mask.

Memorial contributions may be given in Jerry’s memory to Kobacker Hospice House at www.foundation.ohiohealth.com.