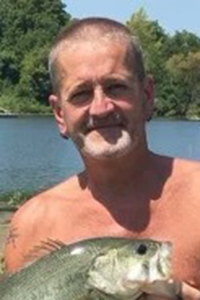 Keith Jay Mongold, age 57, of East Liberty, died unexpectedly Tuesday, August 10, 2021 at his home. He was a retired associate of Honda of America in Marysville where he worked just shy of 35 years. A 1982 graduate of Miami Trace High School, he attended Laurel Oaks Trade School for welding. Keith also spent many years dedicated to working at Sam Jackson’s Auto Body.

Keith enjoyed taking his kids fishing and hunting. He spent a lot of time at local fishing holes. He enjoyed teaching his dogs tricks and making his kids laugh. He always gave his kids and wife the best life advice and always made sure that everyone was always taken care of. Keith will be most remembered by his dad jokes and his random messages to his kids and wife. His sense of humor and some of his antics earned him the nickname Tito.

He was born January 1, 1964 in Fayette County, Ohio, and was preceded in death by his mother-in-law, Rita Cecilia Yeager; his mother, Catherine Marie Suttles Carr and her husband Clark Carr; his father, Leroy Mongold; his brother, Leroy Edward Mongold; his sister, Linda Sue; nephew, Brent Gleadell, his canine companions Gunner and Koby. As well as his grandpup Draven.

Keith was an avid lover of the outdoors and loved more than anything to be with his family and his dogs. If he wasn’t fishing, hunting, working, or detailing a vehicle you could always find him picking on those he loved. Making people laugh was his way of saying I love you. He was proud of his kids for making great lives and he was most proud of the fight his wife is putting up against cancer.

According to Keith’s wishes, there will be no funeral services because he always said, “you should be at work!” The family held a private gathering. Underwood Funeral Home assisted the family. Condolences may be expressed to the family at www.underwoodfuneralhome.com.