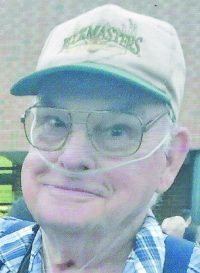 Marvin loved his tractors, and he collected toy tractors, tractor memorabilia and full size tractors. He was a member of several local tractor clubs and the Miami Valley Steam Thrashers Association. He was often seen at many of the steam shows throughout Ohio and Indiana. Tractors were not his only collection, as he also had coins and a quite extensive “treasure” collection. Marvin also enjoyed hunting, fishing, watching NASCAR and spending time at the Middleburg Store with the morning coffee group.

A 1956 graduate of Rushsylvania High School, he worked at the former International Harvester, now Navistar for 32 years. He also attended the Middleburg United Methodist Church.

Born March 12, 1938 just outside West Mansfield, he was the son of the late James and Norma (Lease) Helfenstine. On September 19, 1958 in Mt. Victory, he married his wife of over 58 years, Lois Pugh Helfenstine and she preceded him in death on Dec. 14, 2016. He was also preceded in death by a son, James Michael Helfenstine.

Friends may call from 1 to 3 and 6 to 8 p.m. Thursday, Sept. 17, at the Wilson Funeral Home, Schnurrenberger Chapel 222 W. Center St. West Mansfield where funeral services will be at 11 a.m. Friday, Sept. 18. Burial will follow next to his wife at the Rushsylvania Cemetery.

Memorial contributions can be made to the American Cancer Society in care of the funeral home. Condolences may be sent to the family at www.wilsonfuneralhomesinc.com.