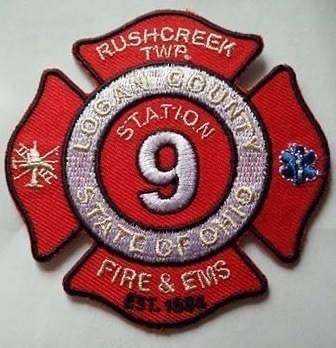 To discuss the future of the fire and squad departments, trustees have set a meeting for 5:30 p.m. Friday, Sept. 23, at the township hall, 275 W. Mill St., Rushsylvania. Logan County Sheriff Randy Dodds and his staff will attend to provide an overview of emergency response in the township.

Zanesfield has paid daytime staff which enables the department to respond quickly most days.

Differences over operations arose after the trustees asked for an annual budget. Department leaders say they submitted a budget but it was rejected as insufficient.

Fire and squad leaders feel the trustees’ request for an annual budget with requisition policies goes too far and needlessly burdens staff, particularly when a squad needs a resupply of emergency medical drugs.

The trustees, who have statutory authority to approve spending for the township, say they want the department to submit budget and capital spending plans, just as they asked of other township departments. Trustees also want department officers to submit spending requests for approval rather than spending money and submitting receipts after the fact.

One of the trustees, Jeff Spencer, said the governing board merely wants to establish basic fiscal principles for all township operations. The streets and cemetery departments have easily adapted to the budgeting and requisition processes.

Such accounting procedures are fundamental to good stewardship of the township’s resources, the trustees believe. It also is part of a goal to provide the best fire and squad services possible, the trustees say.

After the leadership resigned, the trustees sought legal advice from Logan County Prosecutor Eric Stewart, the statutory legal advisor for the county’s townships.

Stewart said he researched state law and found township trustees are required to have a command structure for fire and squad departments. Without a structure, the trustees and the township would be liable for actions of the department.

Rather than put the township at risk, the trustees voted to suspend operations as they take time to consider options for emergency services.

Dispatch Sgt. Christy Astorino said dispatchers first try to dispatch the home departments but, if there is no response, mutual aid calls are made within two minutes of the original call for service.

Riverside schools work with G.R.A.C.E. to feed students beyond the cafeteria