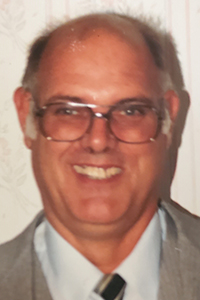 He was born on February 6, 1939, in DeGraff, Ohio, a son of the late Alonzo T. and Nora N. (Whimberly) Stotler. He was also preceded in death by a son, Danny Stotler; an infant daughter, Brandee Stotler; a sister, Betty Jean Stotler-Wicherson; a twin brother, Lloyd Stotler, and brothers, Alonzo Stotler Jr., Herb Stotler, and Leroy Stotler.

On September 23, 1977, Floyd married the former Carol Sue Stehle in Russells Point, Ohio, and she survives. He is also survived by his deceased son Danny’s daughter, Heather Stotler and her children Jasmine and Jayla; a son, Josh (Cassie) Stotler and their children Christian, Garrett, Coby, Jaxon and Willow; a son, Justin (Angie) Stotler of Quincy and their children Joshua (Erin), Jakob, Alonzo and Sasha; and a great grandson, Jasper; a brother, Richard (Terena) Stotler of Pikeville, Tennessee; and many nieces and nephews.

Floyd had formerly served as Chief of Police for the Village of Russells Point and retired from Airstream after 25 years of service. Floyd was a 22-year heart transplant survivor.

Floyd enjoyed his time in law enforcement and at Airstream. Floyd also enjoyed lawn mowing along with spending time with his friends and family.

A memorial service will be held at a later date.

The family would like to thank Interim Hospice and the staff at Belle Springs for their wonderful care.

Daring & Sanford Funeral Home, DeGraff, is honored to serve the Stotler family and encourages anyone to share a fond memory or message of condolence at www.edsfh.com.