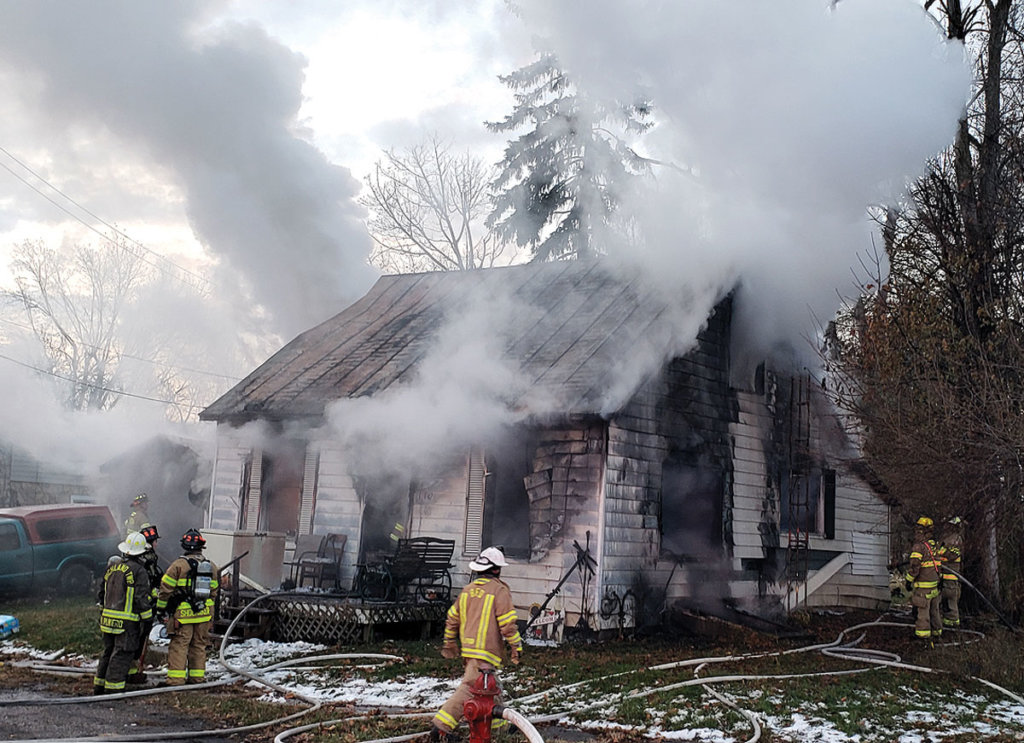 Fire departments from two counties were dispatched to 110 Railroad St., Rushsylvania early this morning on a report of a residential fire. Extensive smoke poured from all parts of the residence, and additional manpower had to be called to the scene to help beat back flames. First responders were originally dispatched just before 6 a.m. Rush creek Township, and Huntsville Fire and EMS were initially called out to the fire. According to initial reports, occupants were able to make it out of the home. A Huntsville EMS crew responded to the scene initially, only to return to return as crews on requested additional manpower. Tri-Valley Fire and EMS assisted at the scene, along with Bellefontaine Fire and EMS, as well as an engine from Kenton, Hardin County. Fire crews were on scene for several hours, and a cause was not immediately determined. (EXAMINER PHOTO | NATE SMITH)