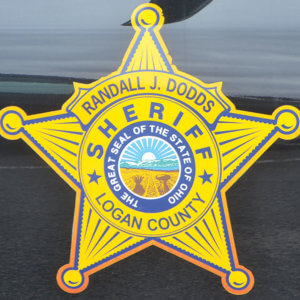 John L. Shawver, 61, of 1625 Charyl St., Bellefontaine, was charged with failure to comply with the order or signal of a police officer, obstructing official business and failure to disclose personal information related to a traffic stop Saturday evening.

Deputies of the Logan County Sheriff’s Office on patrol in the area of 1200 block of County Road 130 about 9 p.m. observed his vehicle first turn abruptly into the parking lot of the Seventh-day Adventist Church, 1910 C.R. 130, and then a few minutes later, turn into a closed business parking lot at the Logan County Electric Cooperative, 1587 N. C.R. 32, in an apparent attempt to avoid deputies.

A traffic stop was initiated in the area of county roads 32 and 130. The driver, Shawver, reportedly became belligerent with deputies and would not present his identification information when asked. He then asked deputies if he was being detained, and when deputies said that he was not at that time, he drove off from the scene.

Shawver continued refusing to answer any questions and would not exit the vehicle on his own, so deputies had to break out the window of the vehicle to remove him and place him under arrest. An unopened bottle of alcohol was recovered from the vehicle.

Stephen D. Breeding, 47, of 405 Union St., Lakeview, was charged with having physical control of a motor vehicle while under the influence of alcohol and/or drugs relating to an incident early this morning.

When deputies arrived, they were eventually able to wake up the driver, Breeding, and he displayed signs of intoxication.

He told deputies he had consumed two beers several hours prior and he declined to participate in field sobriety tests.

Breeding was transported to the jail, where he submitted to a urine test, with results pending. He also was issued a summons for an open container in a motor vehicle.

Deputies conducted a traffic stop for speed with his vehicle in the area of U.S. Route 68 near County Road 113. While approaching the vehicle, deputies observed an odor of burnt marijuana.

Inside a bookbag in the vehicle, deputies recovered suspected marijuana and eight cans of alcoholic beverages.

• Mereana E. Steely, 18, of 307 E. Main St., DeGraff, was issued summonses for underage consumption of alcohol and open container in a motor vehicle as a result of an incident about 5:55 a.m. Friday.

Deputies responded to a report of a suspicious vehicle with heavy front end damage in the area of 318 S. Miami St., Quincy. Deputies located the vehicle and said the vehicle did have damage, but it did not appear to be recent damage.

Steely was located laying down in the driver’s seat of the vehicle. She told deputies that she was parked there waiting for the gas station to open. Deputies observed that she displayed signs of intoxication and she said she had consumed alcohol before she went to bed around midnight. She handed deputies an open can of beer from her center console.

Her father responded to the scene to drive the vehicle home. She was issued the summonses and released.