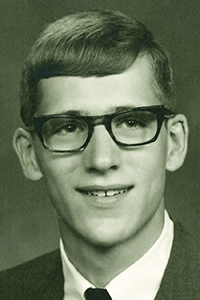 Douglas Creighton Ritchey, 69, of Logan County, passed away on Tuesday, April 27, 2021. He was born on December 12, 1951 to the late William Creighton and Martha Jeannette (Duff) Ritchey.

Douglas was 1970 graduate of Upper Scioto Valley High School. After graduation he attended The Ohio State University majoring in horticulture. He then went on to earn a master’s degree in library science at Rosary College of Arts and Science, in Chicago, IL. While Doug was earning his master’s he enjoyed his work at Morton Arboretum creating a music program that still exists today. The highlight of his career was when he was able to utilize his knowledge of horticulture and library science at the New York Botanical Garden in NYC.

Doug loved gardening and plant life, especially Ohio native plants. He also loved music and could often be found singing in choirs or anywhere a tune struck him. He was a talented organist, and spent several decades working as the church organist for various denominations. Doug was a devout Episcopalian. He never met a stranger and always found time to talk with friends and acquaintances.

A memorial service will be at 10 a.m. Saturday, May 15, at Epiphany Episcopal Church in Urbana, 230 Scioto St., Urbana. A private burial will take place at a later date.