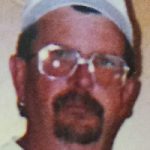 Donald Ray “Double D” Davis, 70 of Bellefontaine, went to be with the Lord on Monday, July 26, 2021. He spent his final moments at his home with his wife, Kelley, and beloved dog Montana at his side.

Don was a graduate of Bellefontaine High School in 1969. Soon after, he was drafted into the U.S. Army where he was stationed in Germany and studied law. He was an active member of the local Veteran’s clubs for many years. He served as the pitcher for the Am vets Post 105 softball team for several years as well. Don was a die-hard football fan. He loved the Cleveland Browns and The Ohio State Buckeyes. He was also a lover of NASCAR. He spent a lot of his time reading, watching western classics and putting together puzzles. He also enjoyed the company of his wife, family and friends. Don was very well known and loved by a wide range of people who will greatly miss him.

He is preceded in death by his parents; sisters, Connie Grollmus and Vicki Kiser.