CEDARVILLE — Bellefontaine’s boys cross country team has been building momentum all season long and Saturday it cashed in with the program’s first regional berth since 2014 at the Division I district meet here at Cedarville University.

The top nine teams and runners finishing in the top 36 qualify through to the regional meet this weekend in Troy. In a field of tough Division I programs, Bellefontaine was able nab one of the few remaining qualifying bids by finishing eighth.

“We battled through the race as we knew our margin of error was razor thin to qualify out,” said BHS boys head coach Ben Davis. “We are 3-2 versus Bellbrook during this (regular) season, so we will go after them next week. It was a solid day for us as we had several runners within striking distance of their personal bests. The team did a fairly nice job of staying focused and balancing homecoming festivities. Next week we will shoot for our best team race of the season, which could rank as one of the top five in Chieftain history.”

Lebanon was first overall with 92 points, Tippecanoe came in second with 100 points, Fairmont was third with 119 points and Beavercreek finished fourth with 125 points. The top two teams are named district champions with the next two teams earning runner-up trophies. Bellefontaine finished eighth with 226 points.

“We weren’t too far off putting three runners in the 16-minute range for the second time in the past 10 years,” said Davis.

While no teams advanced there were three individuals from each school that moved on. That group included the Raiders’ Dani Widmark, the Chieftains’ Brooke McClellan and the Lakers’ Caden Paavola. 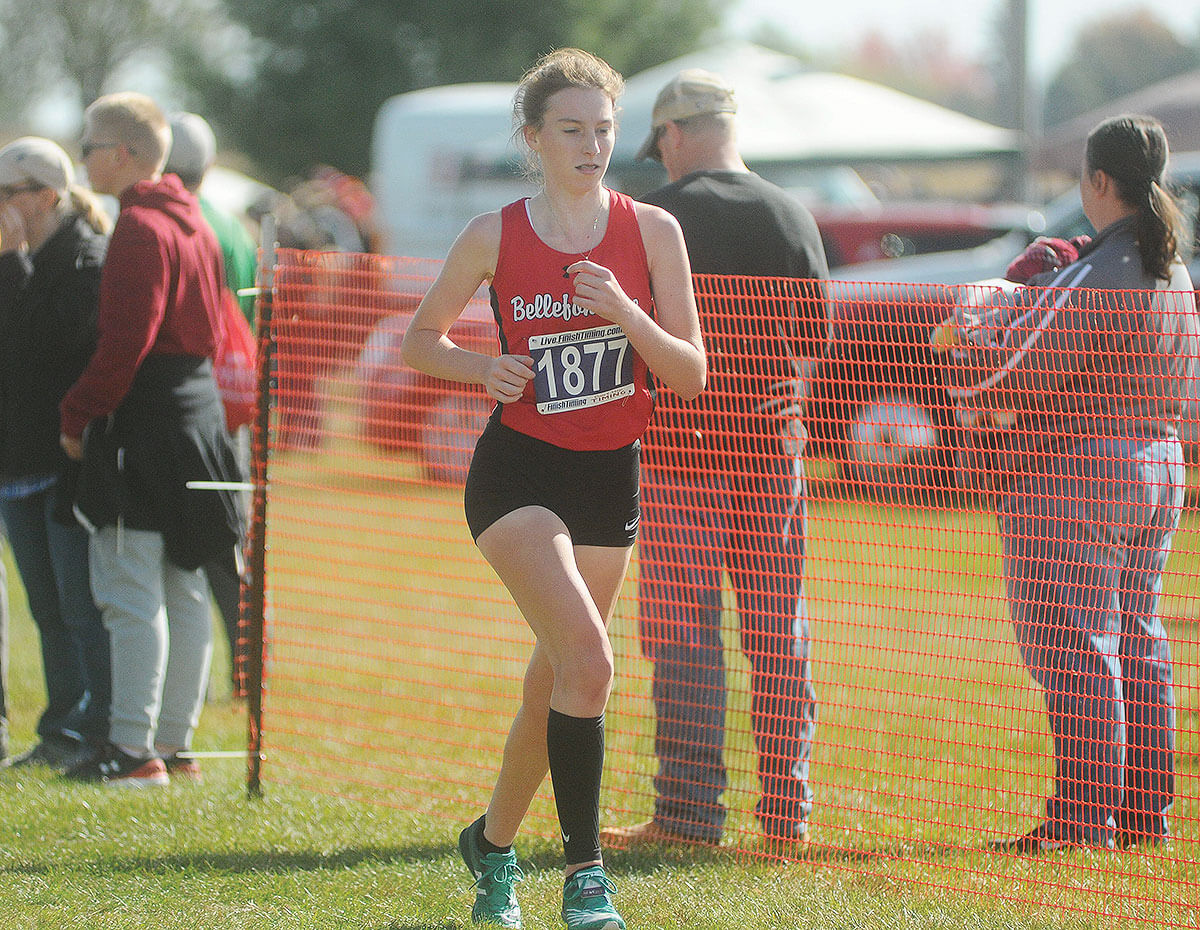 In both Division II races the top seven teams and runners that finished in the top 28 moved on to the regional meet next Saturday in Troy.

Bellefontaine’s girls were 13th out of 19 teams with 345 points, Ben Logan was close behind in 14th with 369 points and Indian Lake finished in 17th with 427 points.

Look for a Division I and Division II regional preview later this week in the Examiner.