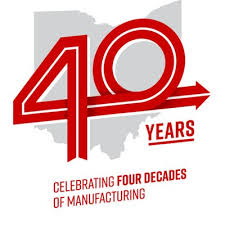 Honda’s Tom Shoupe has been on a tour of the area telling the story of the automaker’s 40-year history.

The executive vice president for Honda of America Manufacturing Inc. is finding people outside the counties that are home to Honda operations know very little about the company’s Ohio presence.

They don’t know that Honda was the first Japanese automaker to begin building cars in the United States nor that it was the first to fully develop new vehicles and begin exporting from the U.S. to other countries.

They also are amazed to learn about the company’s research and development arm and its Anna Engine Plant which can produce 1.3 million engines a year.

“Apparently 40 years is not long enough to get the story out,” Shoupe joked Thursday during a joint breakfast meeting of the Union and Logan county chambers of commerce.

“I’ve been with Honda for 32 1⁄2 years and it has gone quickly. But over the years I’ve heard countless stories from people who know someone who works at Honda.”

Still they are not aware of the company’s impact on Ohio’s economy.

Thursday’s “home crowd” at the Honda Heritage Center of chamber members, state officials and guests from Miami and Shelby counties are aware of Honda’s impact on employment, property values and charitable contributions.

It was a chance for them to honor the automaker ahead of the Sept. 10 anniversary.

“It’s exciting to celebrate 40 years with them,” Logan County Chamber President and CEO Ben Vollrath said. “This celebration is not just about a company though … it’s about the people who work there.

“Honda has shown it values people and that an individual can get a job with them and have a strong career.”

Marysville Mayor J.R. Rausch noted that his city had a population of around 9,000 in 1977 when Honda picked the area for its motorcycle plant and the first 64 employees. Now, the city’s population has passed 20,000 as Honda has grown to employ around 15,000.

He remembers the bleak employment picture of the late 1970s and early 1980s.

“Sometimes I pause when I think what would our region look like without Honda,” he said. “Collectively, we are much stronger now.”

When asked what the communities can do to help Honda in the next 40 years, Shoupe encouraged them to keep working together.

It has been an asset for the area and Honda and its supplier chain, he said.

“It has contributed immeasurably to the growth and stability of our company,” Shoupe said. “The collaborative spirit is missing in a lot of places, but it is here.”