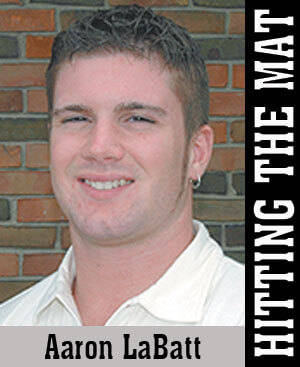 After what seems like the longest season in the history of wrestling, we have finally arrived at league week and the inaugural girls state tournament. That also means the postseason is around the corner with sectional tournaments coming up next weekend.

First up, Bellefontaine, Benjamin Logan and Indian Lake compete in the Central Buckeye Conference meet Saturday at Urbana High School. Wrestling starts at 10 a.m. and will feature another year or strong competition.

While Graham may not be the national power they once were, the Falcons will still dominate the CBC and take the Mad River crown. London will likely repeat as the Kenton Trail champs and be second overall. Ben Logan and Tecumseh will be in a battle for third. The Raiders edged the Arrows earlier this season at Ben Logan’s own tournament.

The Falcons are favored to win nine weight classes, but we have a few local wrestlers who have a chance at winning league titles. That includes the Raiders’ Jayden Sturgell (120) and Steele Boysel (170). The 182 and 195-pound weight classes are also deep with talent.

The league meet looks similar because Mechanicsburg is once again the heavy favorite to win. The Indians are likely to win nine weight classes. The Cardinals’ Coleman Hauck (145), Damian Boldman (152) and Isaiah Leasure (170) could all have strong days.

The girls wrestling movement has exploded this season and will culminate with this event. There are 97 schools and 263 wrestlers competing. Fans can follow the meet live on trackwrestling.com.

Wrestling begins Saturday at 11 a.m. and will wrestle through to the championship semifinals and consolation quarterfinals. Action resumes Sunday at 10 a.m. The semifinals should start around 11 a.m. with the finals (first through sixth) starting one hour after the consolation semifinals.

Chieftain sophomore Chelsea Horsley is the top seed at 106 pounds, sophomore Makayla Young is the fourth seed at 101 pounds, while sophomore Mia McDonald (126) and freshman Maryssa Hurley (121) will also be wrestling. Marysville also has a very solid team and will be in the team title picture. Olentangy Orange is the favorite with Miami East posing as a strong challenger.

I’ve seen plenty of girls wrestling during my time as a sports writer and a wrestling coach. This movement isn’t going anywhere and will likely be sanctioned by the OHSAA within the next two years. The wrestling is just as good as the boys and the higher level girls competing are pretty impressive.