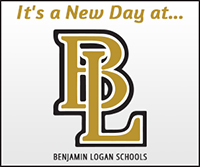 Benjamin Logan Board of Education members accepted at a special meeting Tuesday evening the resignation of Board President Tod Johnson due to the recent sale of his home and his upcoming move out of the school district, school officials report.

Those district residents interested in being considered for filling the board seat vacancy should submit an e-mail of interest to Superintendent John Scheu by Wednesday, March 10, at [email protected]

“Tod submitted his resignation yesterday, as he has sold his house in the BL School District and is moving out of the district,” Scheu said during the meeting. “One of the requirements of a school board member is to reside in the district they serve.

Also during the special meeting, the board adjourned to executive session for purpose of preparation for classified negotiations and considering employment of an employee.
The next regular meeting is 6 p.m. Monday, March 15, in the central office conference room.