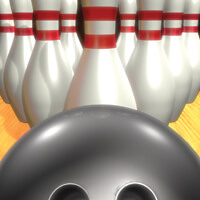 “I am really pleased with the team effort all the girls are giving,” said BHS girls head coach Jane Kline. “We are coming together at just the right time for tournaments. Our average tonight for both regular games and baker is 171.”

Zander Crouch led the Pirates with a game of 243 and a 446 series and Rayce Yelton rolled a game of 203.

The Pirates remain unbeaten at 9-0.

Katie Rollins led the Tigers with a 222 game. Bobby Rollins had a 177 game, Andrew McCall and Nate Aldo each had a 175 game and Adam Watkins added a 165 game.