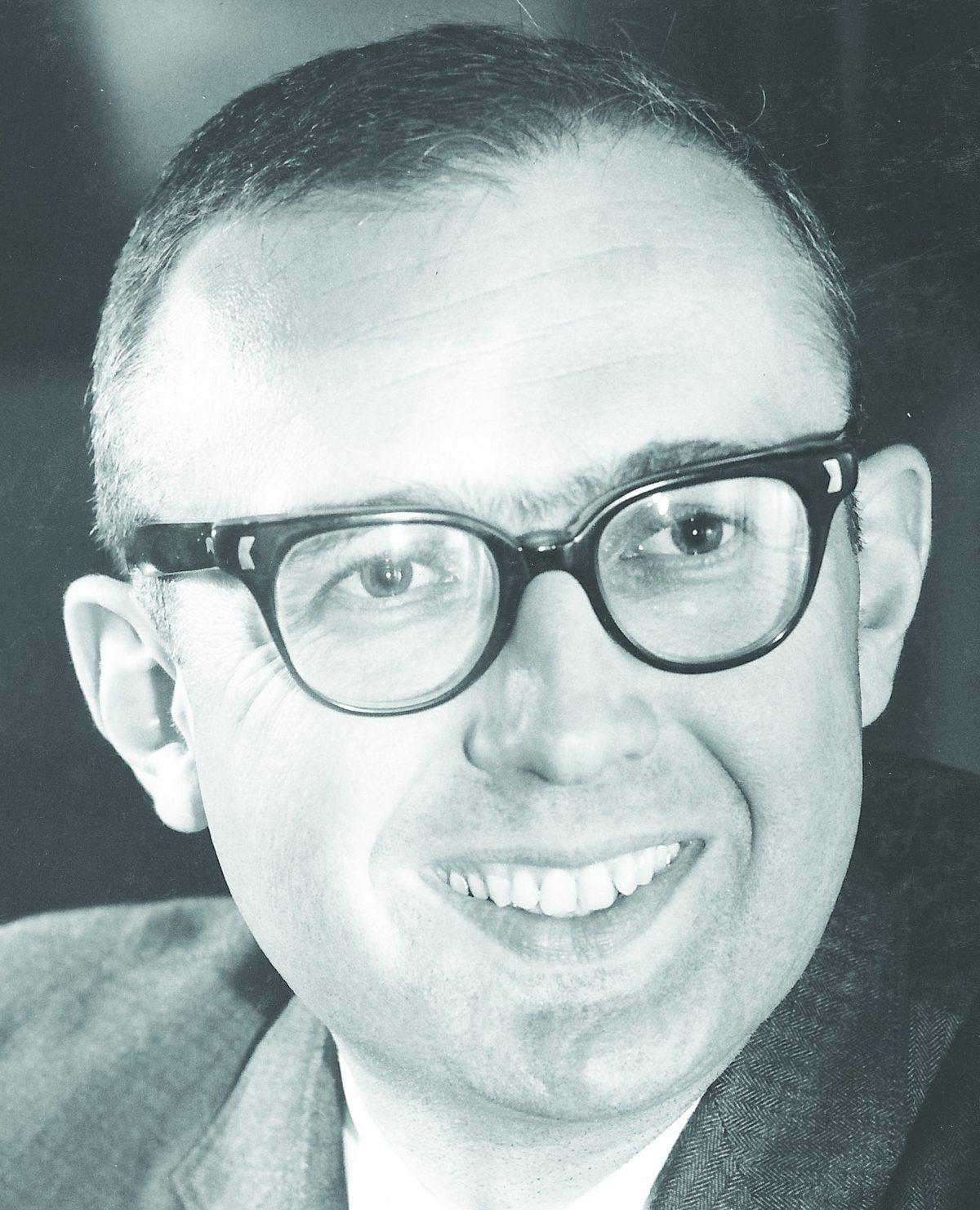 Arthur Eugene “Gene” Marine died peacefully in his sleep on Saturday, May 29, 2021, at his apartment at Green Hills Community in West Liberty, Ohio. Born on November 5, 1930, at his parents’ home in Bellefontaine, he lived to be 90 years old.

Gene was a lifelong resident of Bellefontaine and a lifelong community servant. He is best known by many for his long career at the Bellefontaine Examiner, which began as a paperboy in 1942, progressed to pouring molten lead “pigs” in the hot-type room in 1950, and then to reporter and sports editor intermittently from 1955 to 1975, at which time he became the managing editor until his retirement in 1990.

Gene then began a second career in the ministry, first as assistant pastor at the First Christian Church and then at the Presbyterian Church, until his second retirement at age 80. But that was not the end of his pastoral commitment. He continued to perform funerals upon request. He officiated over 450 funerals during his limited pastoral career, nearly all at the request of families.

Gene was a provider. He worked at whatever and as many jobs as necessary to keep food on the table and a roof over his family’s head. In a working life of 75 years, he held 27 jobs, often two or more concurrently. Unless a person asked, he rarely spoke of how much he worked, and never complained. Most people likely don’t know that he was one of the first employees of the National Security Agency, a news reporter at WOHP, the speech writer for the president of Taylor University, general manager of Ohio Readymix, and a car salesman at Daring Chevrolet. But he was these, and many more.

Gene met his future bride, Martha Lee Wortman, when they were children and neighbors, and realized when she was about 16 that she wasn’t a little girl any longer. They married on December 23, 1951. They celebrated a COVID 69th anniversary last year, when they were apart for the first time since 1952 and 1953, when Gene was in the service overseas.

During his time in the Air Force from 1951 to 1955, Gene tested particularly adept with language. He was then sent to language school at Syracuse University to learn Russian, a fluency he retained much of his life. For most of his remaining time in the service, he resided in Germany on the Czech border where he intercepted Russian communications among Russian MIG fighter pilots, translating and analyzing them for their often coded meaning.

Gene was preceded in death by his parents Lyle and Glenna Marine; a brother John Paul of Palm Springs, California; and a sister, Mary Jane Bartlette of Chinook, Montana.
Gene avidly followed local sports teams as well as Ohio State football and basketball, and was proud of their accomplishments. But, his true pride was always with his family, which he called his legacy.

For those who wish to make donations in Gene’s name, the family suggests the American Journalism Project (http://www.theajp.org/for-funders/ ) and Green Hills Community (http://www.greenhillscommunity.org/donate.html ), and greatly appreciates your generosity and your affection for Gene.

Arrangements for a “celebration of life” are pending and will be announced at a later date.

Eichholtz Daring & Sanford Funeral Home & Cremation Center, Bellefontaine, is honored to serve the Marine family and encourages anyone to share a fond memory or message of condolence at www.edsfh.com.