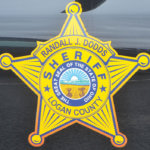 Deputies of the Logan County Sheriff’s Office are investigating a one-vehicle crash Sunday morning in the village of West Mansfield that claimed the life of an Ada man.

Landon A. Blankenship, 20, was pronounced dead after the 5:53 a.m. crash. He was transported by Bokescreek EMS to Mary Rutan Hospital.

Deputies report he was operating a northbound 2012 Nissan Quest on north Main Street near Lake Avenue when he traveled off the left side of the road and continued northbound along the side of the road. His minivan then struck a tree and became engulfed in flames.

According to the crash report, Blankenship had to be extricated from the vehicle by mechanical means.

Deputies said seat belt use at the time of the crash is unknown. Damage was heavy to the minivan, which was towed from the scene.

It is the third fatal crash in Logan County this year.