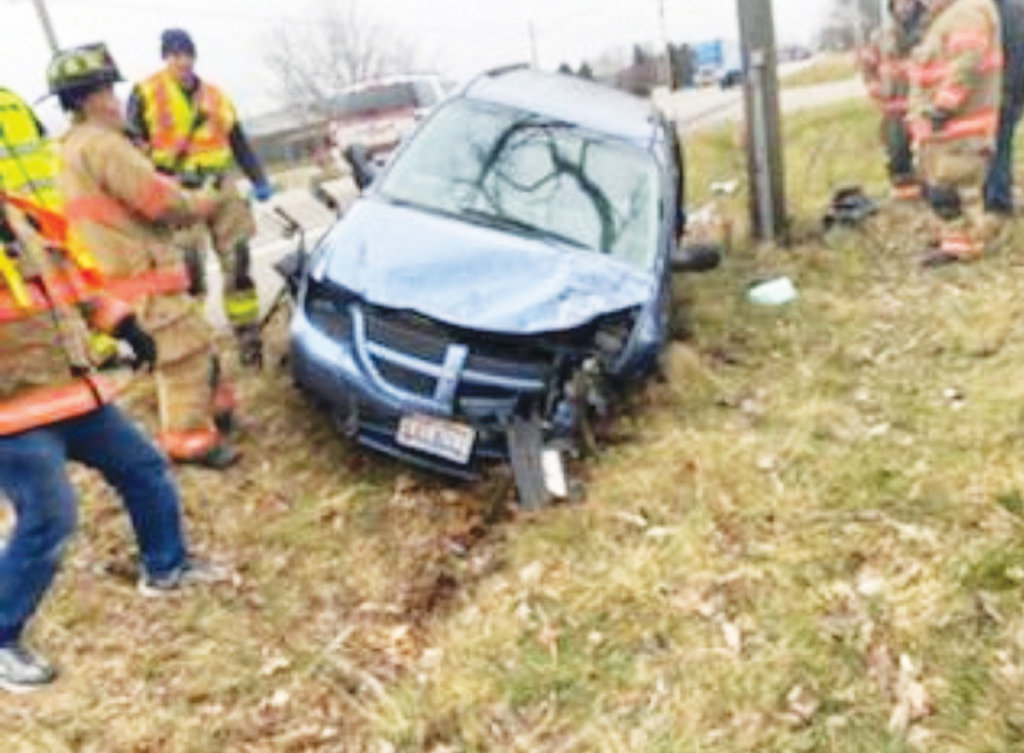 First responders from the West Liberty Police Department and West Liberty Fire Department work on the scene of a Tuesday morning injury crash involving entrapment in the village. West Liberty officers report driver Randy Purdy, 58, of Urbana, was extricated from his vehicle by the fire department and was transported to Mercy Health Urbana Hospital by Macochee EMS for treatment of minor injuries. A passenger in the Purdy vehicle, Debroah Parsell, 66, of Urbana was transported to the Urbana hospital by Macochee EMS for possible injuries. The second driver, Adam Sorenson, 40, of Mechanicsburg, was transported by Bellefontaine EMS to Mary Rutan Hospital for evaluation. Officers report Sorenson was operating a southbound vehicle on north Detroit Street at South Street about 11:15 a.m. He was stopped in traffic attempting to turn into a driveway at 1521 N. Detroit St. when his vehicle was struck in the rear by a southbound minivan operated by Purdy. Both vehicles sustained heavy damage and were towed from the scene. The roadway was closed for approximately 60 minutes, and citations are pending, officers said. (WEST LIBERTY POLICE DEPARTMENT PHOTO)

Battle of the Badges blood drive slated for Dec. 13